England right back Lucy Bronze was named in the final three for the prestigious UEFA Women’s Player of the Year Award recently. The two-time PFA Player of the Year has moved into a class of her own since her 2017 switch to Lyon, winning two Champions League titles and putting in a collection of commanding performances for England at this year’s World Cup.

While the majority of male players in the UK are content with a career spent in their home country, such is the strength of the Premier League, many female players head abroad to further their footballing prospects. So which British players have really caught the eye overseas?​ Unquestionably the most gifted woman to ever pull on an England shirt, it is a tragedy that Kelly Smith missed out on the women’s football surge in England by a matter of years. When Smith was at the peak of her powers, the United States was the best place to play women’s football domestically. The striker enjoyed a fruitful first year for Philadelphia Charge, and was named in the All-Star team. However, after her spectacular inaugural season, Smith endured an injury plagued two years, before the league folded in 2003.

A new professional league was set up in the States in 2008, and Smith was instantly snapped up by the Boston Breakers. She showed her world class quality, being named in the All-Star squad twice, and topping the Breaker’s scoring charts in her second season with 11 goals. One of the most technically gifted players in world football, Scotland midfielder Kim Little joined Seattle Reign in 2014 to team up with her former Arsenal boss Laura Harvey. She enjoyed a sparkling first season, being named the league MVP and top scorer as Seattle reached the championship final. Reign repeated the feat the following year, Little topping the league’s assists charts and being named in the team of the year.

The silky midfielder also spent one hugely successful season on loan at Melbourne FC in 2015, scoring nine goals in 12 games and turning in a player of the match performance in the Grand Final as Melbourne ran out 4-1 winners against Sydney. Former England striker Eni Aluko broke into the Birmingham Ladies first team when she was just 14, and has played for an eclectic mix of clubs in England and overseas since. She was one of several players to head for the States in 2009 after the formation of the new professional league. Aluko signed for St. Louis Athletica, and topped the team’s scoring and assists charts as she helped St. Louis reach the playoffs.

Aluko joined Juventus in 2018, and has enjoyed prolific spells in front of goal in Italy, hitting the net on the final day of the season to help the Italian giants seal the league title in 2019. Wales talisman Jess Fishlock has enjoyed a career that has spanned all corners of the globe, from AZ Alkmaar to Melbourne City. But it’s for Reign FC in the USA where the midfielder has really dazzled. Having joined the side in 2013, she has gone on to be named in the National Women’s Soccer League team of the year twice, helping Reign to two championships finals.

Fishlock also enjoyed a loan spell at European heavyweights Lyon in 2018, and was part of their Champions League winning side. Goal machine Jodie Taylor is quite the jet setter, playing for 14 separate club sides during an illustrious career. From Sydney to Tranmere, Boston to Birmingham, the England striker has really seen the great and good that world football has to offer.

Taylor was in a particularly rich vein of scoring form during spells at Sydney FC, Washington Spirit and Portland Thorns, where her eye for goal earned her a first England call up and a spot in the squad for the 2015 World Cup, having long been overlooked by former manager Hope Powell. Taylor more than proved worthy of her selection, scoring a crucial goal in the World Cup quarter finals and winning the Golden Boot at Euro 2017. After winning every trophy there was to win with Arsenal, legendary England right back Alex Scott joined teammate Kelly Smith at the Boston Breakers in 2009. A figure of consistency, Scott barely missed a minute for her club side. Her impeccable form was rewarded, as Scott was named in the All Star team in both her first and second season with Boston. England striker Toni Duggan kickstarted the trend of British players heading to Europe to further their footballing education. Duggan signed for Barcelona in 2017, and helped guide the team to their first Champions League final two years later. She hit 20 goals during her time in Catalonia, and signed for league champions Atlético Madrid following the conclusion of the 2019 World Cup. 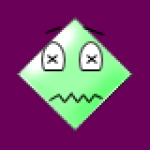