Yes, the rumour has been in the air for quite some time now,  since the very day James Gunn (Director of Guardians of the Galaxy) Pitched a Moon Knight Movie to Marvel Studios. Fans and publications alike have teased and suggested Keanu reeves as the lead role. Kevin Feige also brought up the fact that the actor is considered for nearly everything they do.

Avengers: Endgame writers Christopher Markus and Stephen McFeely are done working with Marvel Studios for now, but they too really want to see Moon Knight introduced. They haven’t publicly commented on Keanu Reeves taking the lead role, but they do want to see the movie happen. With the MCU’s Phase 4 in early development at the moment, there is always a chance that Moon Knight could happen in Phase 5, which is only a few years away.

So guys do you think we can see a big or small screen adaptation of this Moon-Knight as Keanu Reeves? Lash out in the comments. You can also check out what the actor might look like as the character below. Peace Out!!! 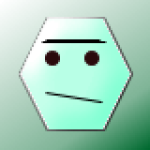