Michael O’Neill’s side have made a fantastic start to their qualifying campaign, winning all four games so far, sitting top of Group C, and will go into this friendly in confident mood.

However, they are yet to face the two giants of the group – Germany and the Netherlands – who they’ll 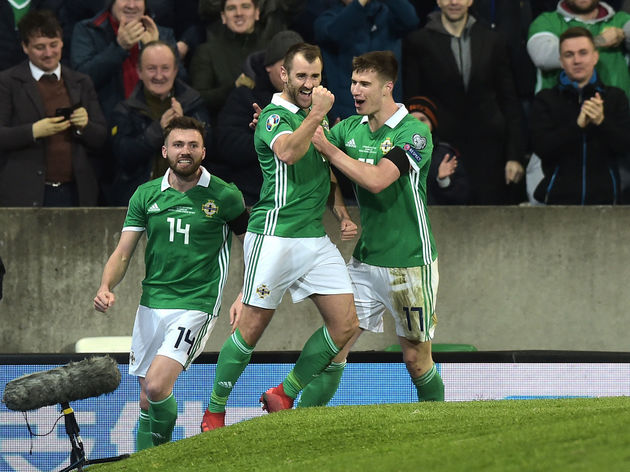 The encounter against Luxembourg will be the perfect chance for O’Neill to work on different systems without the pressure of needing a result, as well as giving game time to more members of the squad.

Luxembourg, meanwhile, lost to Ukraine last time out in Group B, but only by one goal and have picked up a win against Lithuania and currently sit second in the group, ahead of the likes of Portugal and Serbia.

Tickets for the game are available via the official Irish Football Association website, with tickets currently on general sale, meaning they are still available to be purchased. If these tickets were to sell out, more will be available via resale if supporters who have already purchased a ticket are unable to attend the game themselves notify the Northern Ireland ticket office.

Northern Ireland will be without Jordan Jones and Michael Smith for the friendly against Luxembourg.

Rangers winger ​Jones left Ibrox on crutches at the weekend after he injured himself making a reckless tackle in injury time on Moritz Bauer, which saw the former Kilmarnock man sent off. He now faces up to six weeks on the sidelines. Alongside Jones, Hearts defender Smith has dropped out of the squad with a hamstring injury. It is likely forward Liam Boyce will not be risked against Luxembourg after he was substituted with a hamstring problem on Saturday whilst playing for League One side Burton Albion.

Aside from this, Northern Ireland have no further injury worries with key players such as Jonny Evans and Steven Davis available. However, Oliver Norwood is not in the squad after the 28-year-old announced his retirement from international football in August. Luxembourg, meanwhile, have one major injury concern with defensive midfielder Christopher Pereira absent due to injury. The BSC Young Boys player has 38 caps for Luxembourg and will be a big loss on Thursday.

In more positive news, the rest of the squad are fit with star attacker Gerson Rodrigues – who recently signed for Dynamo Kyiv – the main threat.

The last fixture was back in September 2013, when Luxembourg edged Northern Ireland 3-2 in an entertaining World Cup qualifying clash. The only time the two sides have faced each other at Windsor Park came a year before that 3-2 affair in 2012, with Northern Ireland being held to a 1-1 draw that night, a result Luxembourg will be hoping to repeat on Thursday.

As alluded to earlier, Northern Ireland have been on fire in recent months, recording four straight wins in their European Championship Qualifying group, albeit against lowly ranked opponents Belarus and ​Estonia. Luxembourg manager Luc Holtz will be delighted his side sit second in Group B after four games, but recent results may concern him slightly. After beating Lithuania in March, they are now winless in four matches since then and have a terrible record in away friendlies, winning just one since 1995!

Here’s how both sides have performed in their last five games.

O’Neill’s side will be backed by a vocal crowd on Thursday at Windsor Park and should have enough quality in the team to grind out another victory against Luxembourg. Northern Ireland will want to continue their winning run, increasing their confidence further going into next week’s vital Euro 2020 Qualifying match against Germany. They should have enough up front to pick up a victory.