Menu
Share and get rewarded
Renato Sanches: 4 Things the Wonderkid Can Do to Resurrect His Stuttering Career

​Flop. Disappointment. Overrated. These are just some of the words that have surrounded Renato Sanches’ career at Bayern Munich.

Having signed with the Bundesliga champions at 18 for a whopping £30m that could have risen to £60m with bonuses, the Portuguese midfielder has drastically failed to live up to the hype.

Having been unable to secure enough game time to progress his career, Sanches has been forced to leave Bavaria and join Ligue 1 side Lille for €20m as a 22-year-old who is no longer considered a player who could become the best midfielder in the world.

So, with all that in mind, here are four things the former Golden Boy winner can do to live up to the lofty potential he still has. 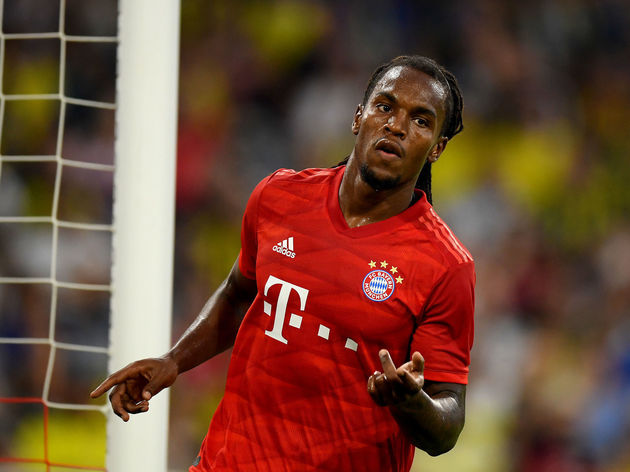 The biggest issue that has blocked Sanches from becoming one of the best young players in the world for the last few years has been his lack of game time.

At ​Bayern, he was not afforded the opportunity to feature often in the ​Bundesliga as the squad had been always stacked with quality midfield talent, including the likes of Thiago, Thomas Müller and Leon Goretzka. ​Premier LeagueSwansea

However, the story will be different with Lille. The dynamic midfielder will get to play in his favourite position, the ‘number eight’, in front of young talented midfielders Thiago Maia

Play in a System That Suits His Style In his three year spell at Bayern, Sanches has played under several managers who have had their own playing style and all who have interpreted Sanches’ strengths in different ways. In a similar vein to needing consistent playing time, the 22-year-old needs a consistent system to work in which is vital to success in the modern game.

These tactical set-ups suit Sanches extremely well as his energy mixed with great ball progression and dribbling can help the team with their high pressing and lightning-quick counterattacks. Despite the move from Die Roten to Lille being a downgrade in terms of their respective club stature, they are both in the Champions League and a great campaign in Europe’s biggest competition would help the former Benfica man become a household name once again. During his time at Bayern, there were glimpses of Sanches’ talent but most of it was in an attacking fashion. He is already a somewhat complete player with his extensive skillset being able to cover any role with great quality but he is still a raw player due to the lack of minutes.

A bundle of energy needs to be streamlined more efficiently with Sanches often finding himself chasing shadows during his time with Bayern and Swansea and thus he’ll need to learn and improve his positioning and intelligence in a defensive sense.

The midfielder has a lot of dynamism and power which means he can still recover if he loses out in a challenge but manager Galtier might deploy him as a defensive midfielder in their accustomed 4-4-2 formation, meaning that Sanches will have to step up in the defensive department.