Search
Share and get rewarded
Republic of Ireland vs Switzerland: Where to Watch, Live Steam, Ticket NewsKick Off Time & Team News

Republic of Ireland manager Mick McCarthy has led the side to three wins and one draw from their opening four qualifying games, enough to leave them top of Group D with ten points.

However, whilst they recorded an impressive draw away at Denmark, the Boys in Green have played poorly in their wins, scrambling to victories against minnows Gibraltar and Georgia. Switzerland, who have only played two group matches due to their participation at the UEFA Nations League finals in June, will be the toughest test so far for McCarthy’s men.

The Swiss, who are managed by Vladimir Petkovic, possess a good array of quality across all areas of the pitch and will look to win in Dublin to close the gap between the two sides from six points to three.

Tickets for the game are available via the official Irish Football Association website, with tickets currently on general sale, meaning they are still available to be purchased.

Republic of Ireland are without Sean Maguire (eye), Matt Doherty (knee), Keiren Westwood (knee) and ​James McCarthy, who wants to focus on Crystal Palace, for the game against Switzerland. 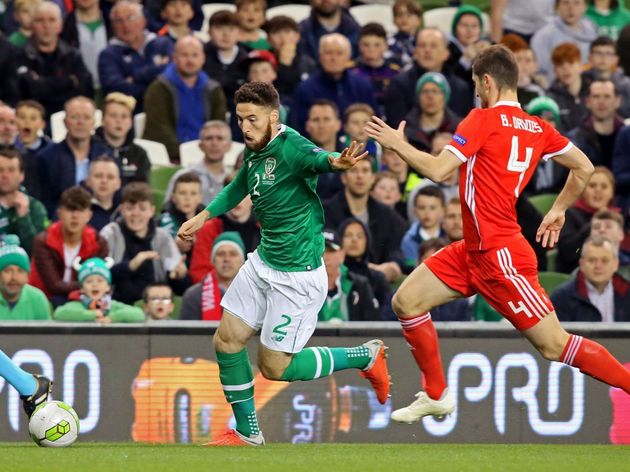 Sheffield United attacker Callum Robinson has had a good start to the season and could start alongside his club teammate David McGoldrick, who is likely to lead the frontline.

The big news in the Swiss camp is star man ​Xherdan Shaqiri is not in the squad after indicating he wants to focus on his club career with Liverpool. His absence is a big disappointment for Switzerland and in turn will give the Republic of Ireland more hope.

Alongside Shaqiri, Stephan Lichtsteiner, Timm Klose and Steven Zuber also miss out. However, striker Haris Seferovic, who has 17 goals for his country is fit, and in the squad, after missing the first set of qualifiers with a groin injury. ​Arsenal 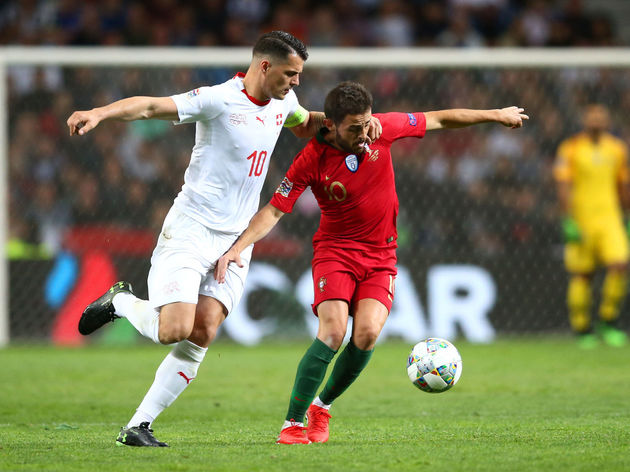 Thursday’s Group D fixture will be the 17th meeting between the countries, with the Republic of Ireland having the upper hand, winning eight times and losing five against Switzerland.

They most recently met in March 2016 in an international friendly at the Aviva Stadium, where a Ciaran Clark goal gave the Irish a 1-0 victory. The last competitive game was 14 years ago, way back in 2005 in a FIFA World Cup qualifying game, which ended in a 0-0 stalemate, one of three matches that has ended in a draw between the two nations. In fact, the Republic of Ireland have not beaten Switzerland in a competitive match since 1985 when they won 3-0.

McCarthy’s men are unbeaten in their last six games and are yet to lose so far in qualifying, winning three and ​drawing once. Whilst they have not looked that impressive in some of their wins, they are proving to be more compact and defensively solid under McCarthy, keeping three clean sheets during this unbeaten run.

Narrow victories over Gibraltar and Georgia mean the Republic of Ireland have ten points on the board from four games, but they will need to play at a higher tempo and with more quality if they are to overcome a Swiss side who sit 11th in the FIFA World Rankings.

Switzerland have lost two of their last five games, but both of these were at the UEFA Nations League finals in June against high class opponents Portugal and England, meaning there should not be too much cause for concern in the Swiss camp just yet. Petkovic’s side have started their qualifying campaign with a draw and a win, and if they can pick up a result away in Dublin, they will be in a good position to push on and qualify out of Group D.

Here’s how both sides have performed in their last five games.

It will be a tight and cagey affair on Thursday night between two sides who know a defeat will be seriously harmful to their chances of qualifying.

Under McCarthy, in qualifying, the Republic of Ireland have become less flash in attack but more resolute at the back. They must defend well against a Swiss side who attain far more quality in attack than the likes of Georgia if they are to grind out a result in Dublin. With goals not flying in either end during the Republic of Ireland’s games, it should be a low scoring encounter, and McCarthy will be quite contempt if this occurs, with a draw keeping the gap between the countries at six points which is the most likely outcome on Thursday.