​Robert Lewandowski has signed a contract extension with Bayern Munich that will keep him with the German giants until 2023.

The Polish hitman, who is the most prolific foreign goalscorer in the history of the Bundesliga, recently revealed his disappointment with Die Roten’s activity in the summer transfer window. However, the 31-year-old has since been joined by Philippe Coutinho, Ivan Perisic and 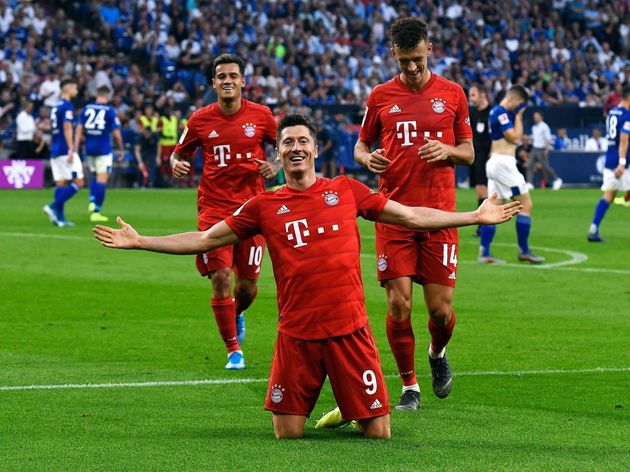 Lewandowski has amassed 207 goals in the Germany top-flight during spells with ​Borussia Dortmund and record-champions ​Bayern, the striker switching to the latter in 2014 after his deal with the Yellow and Blacks expired.

Die Roten had initially been seeking a year-long extension to his contract with the side, but have decided to accept his demands of a long-term deal, as confirmed by their ​official website.

He has collected a minimum of 20 goals in his seven of his last eight ​Bundesliga campaigns and has begun 2019/20 in equally impressive fashion, hitting all five of his side’s scores this term.

A stellar hat-trick away to ​Schalke secured a 3-0 victory for Munich on Saturday, whilst a brace on opening night helped the club earn a draw at home to Hertha BSC.

The forward has claimed seven German titles since switching to Dortmund from Lech Poznan in 2010, two coming with the Signal Iduna Park side before a further five were won at the Allianz Arena.